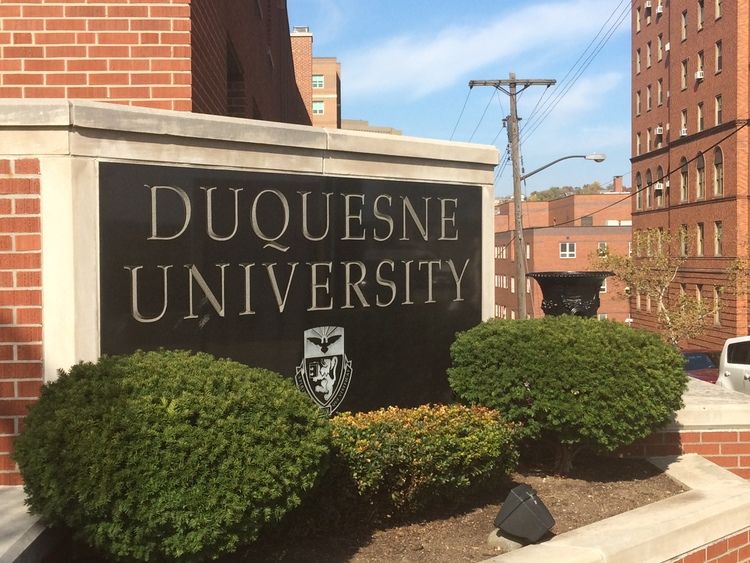 The Duquesne University Board of Directors Chair Marie Milie Jones announced today that current School of Law Dean Kenneth G. Gormley has been chosen as the 13th president of the University. Gormley will succeed Dr. Charles J. Dougherty, who will retire on June 30, 2016, after a 15-year tenure.

“Dean Gormley has outstanding academic credentials, built an extensive network of local, state and national relationships and has a proven track record of fundraising,” said Milie Jones. “He is well-positioned to continue the academic excellence of Duquesne, to maintain the solid financial management of the University and to positon Duquesne for significant growth in its endowment through extensive community and national engagement.”

Gormley will be the third lay president in the University’s 137-year history.

“Ken Gormley is deeply committed to our Spiritan mission. For the past two decades he has exemplified the mission through his interactions with students, faculty, staff, alumni and friends of the University,” said the Rev. Jeffrey T. Duaime, C.S.Sp., provincial of the Congregation of the Holy Spirit Province of the United States and chair of the Duquesne University Corporation.

Gormley, who came to Duquesne in 1994 after teaching at the University of Pittsburgh School of Law and engaging in private practice, is a nationally known lawyer, scholar, teacher and author.

“It is the greatest honor imaginable to be selected to lead this special academic institution-Duquesne University of the Holy Spirit-to the next level of success and excellence,” said Gormley. “My wife, Laura, joins me in expressing our deep gratitude to the Board for the faith and confidence it has placed in me in making this important appointment. For someone who grew up in Pittsburgh and continues to be in awe of the talented faculty, students, staff and alumni of this incredible University that has been an anchor of the region for over 130 years, it doesn’t get any better than this.”

Gormley was appointed dean of the School of Law in March of 2010 after serving as interim dean for 15 months. Under his leadership, the law school ascended to the top-tier of law schools as ranked by U.S. News & World Report and climbed 25 spots in the past two years. The school has gained positive recognition both in Pennsylvania and nationally, including rankings for best value, legal writing and innovative clinics. As dean, Gormley completed the largest fundraising campaign in the history of the law school as part of its Centennial Campaign; hosted alumni events across the country; appointed more females to key administrative positions than any dean in the history of the law school; worked with the University to obtain government grants and private funding to establish a free-standing law clinic serving underserved clients in the region; collaborated with the faculty to support its research and dramatically increase its scholarly output; and overhauled the law school’s curriculum, international programs and student organizations to better serve its students.

During his 21 years at Duquesne, Gormley has been a member of the editorial board of Duquesne University Press (2001-2005); served as associate vice president for interdisciplinary scholarship and special projects for the University (2007-2008); and organized numerous high-profile programs featuring U.S. Supreme Court justices, the Attorney General of the United States, the President of Costa Rica and other events that garnered national attention.

Gormley’s work on myriad legal and historical topics has earned him a national reputation as a leading constitutional scholar. His work has appeared in publications such as the Stanford Law Review, the Rutgers Law Journal, the Pennsylvania Lawyer and Politico. His articles and op-ed pieces have been published in The Wall Street Journal, The New York Times, The Washington Post, Newsday and The Los Angeles Times, among others.

A critically acclaimed author lauded for his fair and balanced approach, Gormley’s New York Times bestseller “The Death of American Virtue: Clinton vs. Starr” (Crown 2010) received a 2011 Silver-Gavel Award (Honorable Mention) from the American Bar Association. His authorized biography “Archibald Cox: Conscience of a Nation” (Perseus Books 1997) was awarded the 1999 Bruce K. Gould Book Award for outstanding publication relating to the law. Gormley is also principal editor of “The Pennsylvania Constitution: A Treatise on Rights and Liberties” (Bisel 2004), the definitive treatise on the Pennsylvania Constitution that has been cited widely by every court in the state. His latest book, “The Presidents and the Constitution: A Living History,” is expected to be published in 2016 by NYU Press.

Gormley became president of the Allegheny County Bar Association in 2007, making him the first president from academia in the association’s 137-year history. In that role, he made the Bar Association’s Gender Equality Initiative his top priority and helped to establish the new Gender Equality Institute-one of the first entities of its kind in the nation-designed to advance the interests of women in the legal profession. Prior to that, Gormley was twice elected to serve on the Bar Association’s Board of Governors and also chaired its Legislative Committee for four years.